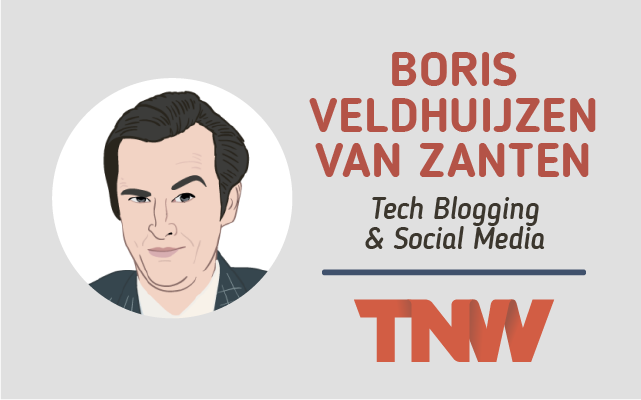 You’ve built a very popular website. Did you start out with the goal of building a huge following, or was this a passion project that gained momentum over time?

We started because we were hosting a conference and thought it would be fun to blog about preparing for an event. We quickly noticed traffic to our blog was about ten times higher than competing events, which were ten times bigger in attendance. It appeared to us that our tone of voice and choice of subjects were interesting to our audience, so we started investing more into the blog, and that’s how it grew to become one of the biggest technology news sites in the world.

The right domain name is important. How long did it take you to come up with the domain name for your site?

When we needed a name we first thought about using something with Web 2.0 as that was THE hot thing at the time (this was 2005). But we also understood that Web 2.0 would become obsolete and be replaced with the next big thing. We figured there would always be a ’next’ web so that’s how we got up with the name. That all happened within a day or so. At first we registered the .org version and then about a year later we bought TheNextWeb.com.

The Next Web has a great appearance. Did you build it yourself or reach out to a designer and what platform does it run on?

We have a large development team and really believe that our technical knowledge sets us apart from our competitors. We run on a highly customized version of WordPress and build a lot of our own technology. Design is an integral part of our business and our designers are improving things every day. It is an ongoing thing.

Since you’re a man of technology, what are your top three plugins, the ones you can’t live without?

I like the Roost Web Push plugin which allows you to send out push notifications to desktop computers.
Once you get serious traffic it really pays off to look at caching. I can recommend the Varnish plugin, although there might be simpler alternatives to get started with.
Then of course you should always start with the Yoast SEO plugin. Search traffic is still a very important part of your overall traffic, so make sure your site is optimized for that. If you can’t afford to have a full-time SEO’er on staff, at least have this plug-in.

How much time do you spend writing for The Next Web?

Less time now unfortunately…I still regularly write a column or opinion article, but our writers are doing a much better job at writing than I ever could. Sometimes I do think back to the days where I would write up to 12 posts a day, and even wake up in the middle of the night to see if there was news that needed to be covered.

Which social media sites do you consider the most important and why?

Twitter still really works for me. It is easier for me to interact with our readers there and there’s less noise. Facebook is great as well of course. LinkedIn is the hidden gem that can do really well for you. And everybody is looking at Instagram as the future big network, but doesn’t know how to take advantage of that.

From your own experience, if you had to pick the top three things people do wrong, the things holding them back from online success, what would those be?

If you are in it to make a quick buck you are going to have a bad time. Building a brand and finding an audience takes years. And during that first period it will be very difficult to monetize. Our model worked because we started with a successful conference, and the news part of the side just had to break even and have a positive effect on our events to make it worth it. That’s a luxury most companies can’t afford.

How would you suggest people avoid these mistakes?

Make sure you are having a good time even if you don’t have a lot of readers or making money. Then you’ll find the patience to stick with it.

We don’t expect you to spill any trade secrets (unless you want to, then by all means. . . ), but what’s the next big thing for you and The Next Web?

We like to wrap up with a bit of fun, so if you could get a guest post from anyone, living, dead, or mythological, who would you tap for it?

I’d vote for Oscar Wilde. We really love it when our writers put emotion into a post. If some company announces a new router then by definition that is news. But it’s not the kind of news we, or our audience, get mad, excited, angry or happy about. But if Spotify changes the color of their iPhone app icon than the world goes mad, and we pick up on that. I think Oscar Wilde would be a great writer who would have to problem finding subjects to make fun of while also commenting on the fundamentals issues of our society at the same time.