Top Shopify Stats You Need to Know in 2023

by Ogi Djuraskovic
4 min read
FirstSiteGuide is supported by our readers. When you purchase via links on our site we may earn a commission. Read More 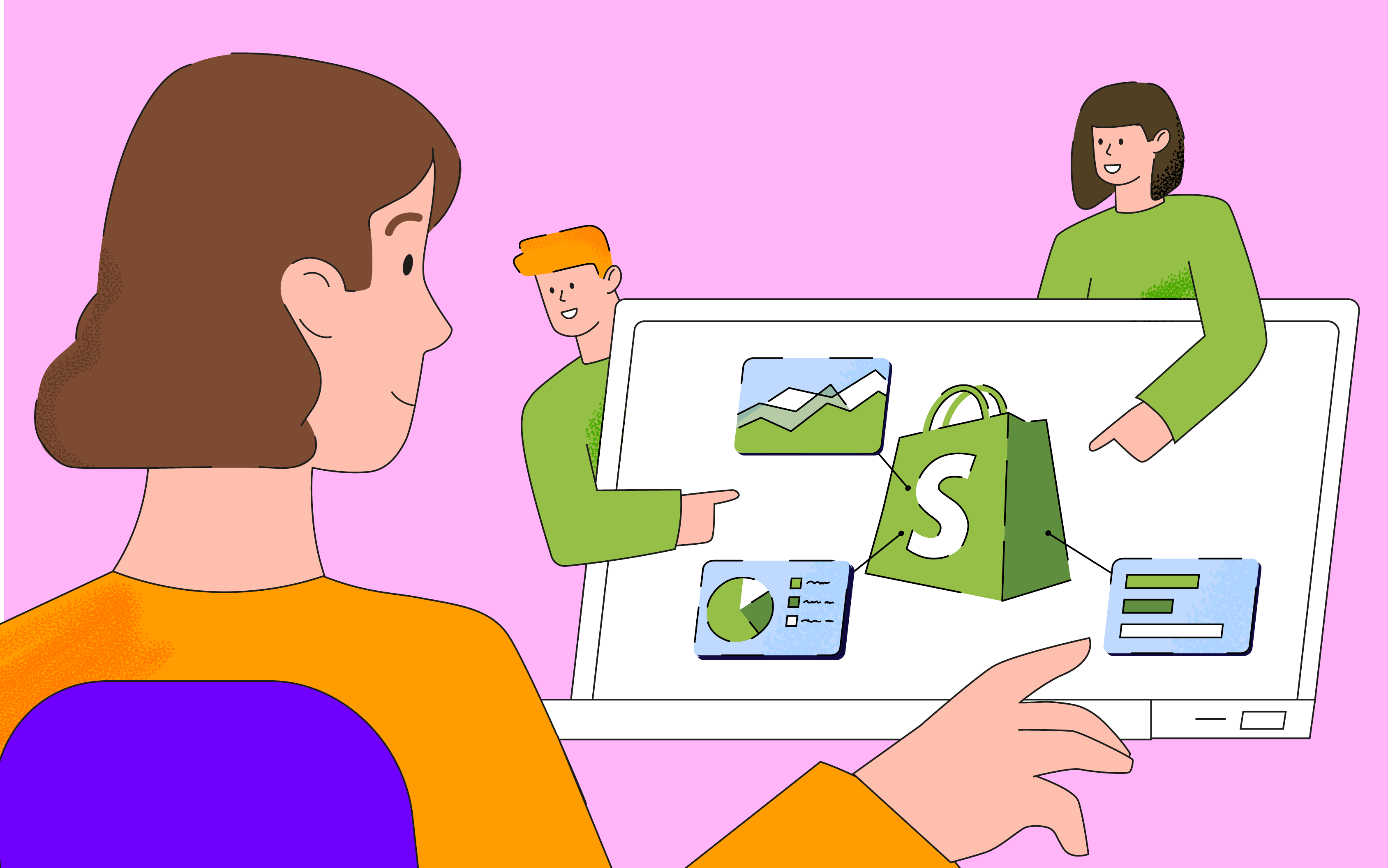 When they’re starting out, very few businesses immediately jump to creating their own eCommerce website from scratch. Even well-established companies shy away from this task as it can be challenging to run an entire online store on your own. Instead, most online businesses turn to platforms like Shopify that make the whole process easier.

Shopify started out as a platform created out of frustration. The founders, Tobias and Scott, were dissatisfied with the lack of snowboarding equipment available online. Now Shopify is a household name hosting thousands of international brands online. Established in 2006, Shopify is now virtually synonymous with eCommerce.

Overview of the most essential Shopify statistics

If you want to know more about Shopify’s fascinating success, take a deeper look at these 15 mind-blowing stats and facts.

1. Shopify has over 1.7 million merchants.

Considering just how easy it is to make a Shopify online store, it’s no surprise that many merchants opt to use the platform. However, this number is still quite shocking. Over 1.7 million merchants worldwide choose Shopify as their go-to eCommerce platform. While platforms like Amazon boast significantly more users, Shopify remains highly competitive.

Merchants using Shopify can have multiple accounts and up to two stores per account, making it difficult to gauge the exact number of unique stores powered by Shopify. Also, new merchants join the platform daily, and some old ones abandon their stores, so the number constantly varies. With this in mind, it’s estimated that Shopify powers at least 800,000 unique stores.

3. Approximately 29% of websites that use eCommerce use Shopify, including Pepsi, Tesla Motors, and Redbull.

Shopify is the go-to platform choice for 29% of websites that rely on eCommerce tech. While most people associate Shopify with smaller merchants or up-and-coming companies, it’s also home to countless household names. Some of the largest brands on Shopify include Pepsi, Gymshark, Tesla Motors, and Redbull, to name just a few.

4. Of over 3,200 apps available on Shopify, SEO image optimizer, Sales Pop, and Privy are the most popular.

Shopify is all about making it easier for merchants to connect with their potential customers. To that end, it offers over 3,200 apps, all designed to simplify sellers’ workloads and allow them to focus on the core of their business.

Among those 3,200 apps, some of the most popular options include SEO image optimizer, Sales Pop, and Privy.

5. Mobile browsing is becoming ever-more popular, with 81% of traffic on Shopify coming from mobile devices.

Mobile traffic is slowly taking over and is responsible for about half of all internet traffic on a global scale. On Shopify, mobile reigns even more supreme. Over 81% of all traffic on Spotify comes from mobile devices. Mobile orders are also increasing, making up 71% of all Shopify orders.

7. There are 1,132,470 live Shopify stores in the US, making it one of the most popular online retailers after Amazon and eBay.

Amazon and eBay are the go-to online retailers in the US, but Shopify doesn’t fall far behind. The platform has 1,132,470 live US stores, with more setting up shop each day. The UK is the second-biggest Shopify fan, with 65,167 live stores, and Australia comes in third, with 45,403.

8. Almost 90% of traffic on Shopify is organic.

Shopify is dedicated to delivering relevant products and relevant content to its users. With so much effort put into organic marketing, it comes as no surprise that almost 90% of all Shopify traffic is organic. Some of the most commonly used keywords on the platform include “Shopify,” “Shopify login,” and “Business name generator.”

9. Only between 2% and 5% of Shopify stores are abandoned.

The success of Shopify merchants is evident in their behaviors. Only between 2% and 5% of Shopify stores are abandoned, meaning that most merchants choose to stay and take advantage of everything that Shopify has to offer.

10. Shopify has 32% of the eCommerce platform market share in the US.

11. 31% of Shopify brands plan to establish/expand their physical presence.

Although the eCommerce industry has been taking over in the past few years, with a compound annual growth rate of 23%, businesses are not ready to fully transition to purely online environments. 31% of Shopify brands want to establish or expand their physical presence. 32% plan to offer pop-up and in-person shopping experiences within the next year.

12. Businesses that operate on Shopify have generated $319 billion thus far.

With over 1.7 million merchants on Shopify, total earnings in the billions are to be expected. However, we’re not talking about only a few billion. So far, the businesses that operate on Shopify have generated a staggering $319 billion! In 2019 alone, Shopify merchants had a 50% increase in their online sales. The global eCommerce market had only a 21% increase.

13. On average, consumers buy from the same Shopify store 3.8 times.

Shopify customers tend to always want to come back for more. Over 50% of all Shopify stores have repeat purchases, while individual consumers buy from the same Shopify store 3.8 times, on average.

14. Retail, fashion & apparel, and computer industries are the top 3 industries on Shopify Plus.

Businesses across categories and niches choose Shopify Plus as their go-to eCommerce platform, but some businesses make that choice more often than others. The top three industries include retail, with 17% of businesses belonging to this industry, fashion & apparel at 11% of businesses, and computer, with 6%.

As one of the biggest names in the eCommerce industry, Shopify is setting new records every day. Popular among millions of merchants and millions more shoppers, it’s one of the top solutions for businesses seeking to expand to online environments.