The History Of Blogging – A Complete Chronology

by Anya Skrba
7 min read
FirstSiteGuide is supported by our readers. When you purchase via links on our site we may earn a commission. Read More 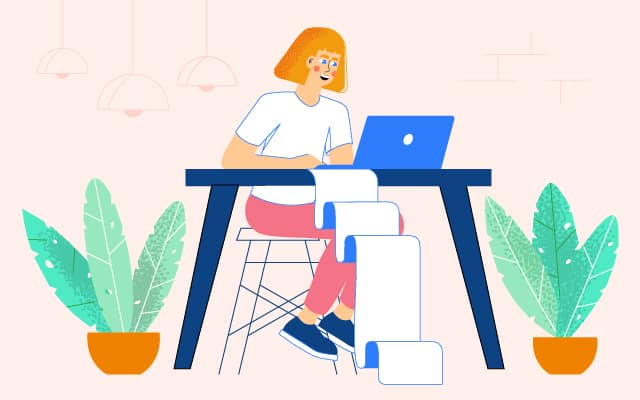 Blogging is an online journaling activity where writers share their opinions on a subject for personal or business reasons. It has come a long way since its inception in 1993 which is reflected by the fact that researchers estimate more than 31 million active bloggers in the US in 2020, according to a recent study.

In the early years, blogging emerged as personal diaries or online pages where people found solace by letting out their feelings and stories. But the blogs of today are more than just personal diaries; they are written to attract clients, create brands and provide people with news, gossip, and interesting facts.

How did blogs become so popular? How did they come into existence and how have they evolved since their inception? Read on as we explore the history of blogging and where it is headed in the future.

The history of blogging — a timeline view

Blogs are an integral part of the digital world. Everyone reads them, whether they are based on news stories, facts or on topics of media, entertainment, or current events. But blogging has evolved dramatically from the past when blogs were only written about personal interests.

The blog posts of today comprise images, infographics, and a vast array of information, not just text.

Initial blog statistics are debatable due to a lack of online recordkeeping and archiving in the early days of blogging. One of the original bloggers, Justin Hall, an undergrad from Swarthmore College, created a website called links.net in 1994 to publish his writing. These writings focused on the details of his life which he shared with his fellow students and readers.

The website consisted of brief posts with shared links that gave access to his work and other websites. Ten years after his debut, he was titled the “Founding Father of Personal Bloggers” by The New York Times. Following in Justin’s footsteps, many people started blogging on different topics. The term “blog” was not coined yet and these websites were referred to as “Online Diaries” or “Personal Pages.”

In 1997, the term “weblog” was coined by Jorn Barger, the mastermind behind the influential blog “Robot Wisdom.” The weblog was a combination of two words: log which means written documentation, and web taken from the world wide web.

This set the stage for a new era of blogging that gave rise to many blogging platforms.

In the early years, bloggers had to write code for their websites, add a new HTML page to the server with every entry or update the homepage with new links.

But after some time, tools emerged that simplified the process and made it easier for people with no programming experience to write blogs. One such tool, Pitas, was launched in early 1999, followed by Metafilter, which allowed users to post entries to be published on the main Metafilter website. The use of these tools showed the growing influence of blogging, which paved the way for its evolution in the following years when blogging became popular.

In 1998, the blogging platform Open Diary was launched, which allowed its members to comment on each other’s writing, and gave birth to the then-new trend of posting readers’ comments.

The year also witnessed the emergence of competing blogging websites such as LiveJournal and Blogger. LiveJournal was founded by Brad Fitzpatrick to keep in touch with his high school friends. It allowed its users to create a blog and host it on LiveJournal’s site with a domain. This new platform provided a single open-text area, as opposed to its predecessors that offered text fields for a URL and text.

In the same year, Blogger was founded by Pyra Labs and later acquired by Google to be made free and accessible for all users. It proved to be the most popular among early blogging tools due to the introduction of the permalink. With every entry on Blogger, the user was given a permanent and shareable URL, which helped users to access the content they were searching for. This feature attracted many new users and made Blogger the platform of choice for a lot of writers.

The year 2002 was a big one for the blogosphere. In 2002, we witnessed an expansion of parenting blogs, one of the first being TheMommyBlog.com, founded by Melinda Roberts. Another important event was the launching of the first blog search engine, called Technorati. It was the world’s largest blog directory featuring an incredibly useful and monumental index of blogs and all accompanying information. Unfortunately, Technorati doesn’t exist anymore, as it was overtaken by Google BlogSearch. At the end of May 2014, Technorati announced that they were shutting down Technorati as we knew it and taking their company in another direction, namely advertising.

However, even though Google BlogSearch overtook Technorati’s market share in the US, it also retired in 2011, ending the long blog search war. Today it only exists as a blog search feature within Google News.

With the growing popularity of blogging, many new tools emerged in the market that helped people to integrate their blogs with ads to monetize their work. This paved the way for brand sponsorships for blogs that fit their respective niche, and freebies in exchange for endorsements. This changed the blogging landscape and it started to turn more into a business.

2003 witnessed the birth of two more blogging services that made blogging mainstream in early contemporary society. TypePad, which hosts blogs for major media companies such as BBC, and WordPress that allowed users to design and create their fully customizable blogs. WordPress is now the most popular content management system in the world.

Later in the same year, Google launched its two flagship products, AdSense and AdWords. They allowed people to integrate their blogs with advertisements for relevant products and services. Blogging had a significant impact on the world around this time. More people were turning to their favorite blogs for relevant content rather than tuning into their TVs. Due to this, the word “blog” was nominated by Merriam Webster as its word for the year 2004.

In 2004, video blogs or vlogs started to gain popularity when Steve Garfield uploaded short videos of protests, rallies, and news events on his personal website. He dubbed 2004 as the “year of the video blog.” YouTube was launched the following year. It had started as a dating site and turned into a video-sharing platform after it was acquired by Google in 2006.

With the launch of The Huffington Post in May of 2005, the boundaries between blogging and news reporting started to get murky, and more cyber journalists began to blog on current news and affairs. It became a hub for journalists, columnists, and bloggers, which gave it the aura of a news outlet.

2006 saw the rise of microblogging with the origin of Twitter and its 140-character limit. This platform gained popularity due to the availability of additional social media networking features.

Later in 2007, Tumblr was launched as the first official microblogging platform that allowed users to post concise content with multimedia objects. It also made reblogging and liking the content of other people very convenient.

This made communication easier and people started to express themselves on such platforms. But it also gave rise to hate tweets and hurtful comments on blogs, which motivated Tim O’Reilly to propose a Blogger’s Code of Conduct in response to all of the hateful comments and posts.

During this period, blogging had reached a stagnation point and no significant changes took place.

In 2009, with the debut of The White House’s blog, people became interested in blogging again. Additionally, the movie Julie and Julia that was based on Julie Powell’s first book about becoming a successful food blogger was released to acclaim and praise.

Another important blogging event during this period was the update of Google’s Panda in 2011, which selected and deleted sites with low-quality content. This resulted in the deletion of many blogs that were rejected by Google and a dramatic decrease in search engine ranking for many others.

Modern day blogging – How has blogging evolved? (2012 till now)

Blogging has continued to grow at a consistent pace since its initiation. However, the blogging landscape changed in 2012 when Medium was launched. It is an online blog-publishing platform that supports both professional and amateur writers. However, like Huffington Post and Buzzfeed, the boundaries between being a blog website or a news website are blurred.

In 2013, LinkedIn introduced a similar blogging platform called Pulse for selective users, which was made available to all in 2015. Pulse is mostly used by B2B brands and business professionals who use Linkedin. Although Medium and Pulse both lack the feature of allocating domain names to a user in the same way as WordPress or Tumblr do, they allow bloggers to share their posts with a broader audience to generate more traffic.

By 2016, the world of blogging was thriving and WordPress seized this moment to add the extension of .blog to its list of URLs. This meant that people could now choose a domain name with the .blog extension, in addition to other domain extensions such as .com, .net, and .org. In recent years, WordPress users produce over 70.5 million new blog posts and 52 million new comments monthly.

Today, blogging is the most critical part of the marketing and content strategy of any company that aims to target its audience with a compelling and relatable brand message. Studies suggest that marketers who prioritize blogging in their marketing strategy are 13 times more likely to generate positive ROI.

This has changed the meaning of a blog from merely being a website where people wrote their opinions to something where people share their views and experiences. With social media websites causing a reduction in organic searches, search engine optimization has become the primary marketing tool to attract audiences.

Blogging is here to stay, and people should expect even better blogs and blogging platforms in the future.

Blogging has changed considerably since its inception in the 1990s, but what hasn’t changed is its relevance for businesses. While some older blogging platforms are not available anymore, new ones continue to emerge every day. Blogs have evolved from personal diaries and online pages to platforms that support freedom of speech and opinions on a variety of topics such as nature, science, health, politics, and culture.

Personal blogging has transitioned into professional blogging which businesses use to achieve their marketing goals and to monetize through advertisements of relevant products and services on their blogs.

The popularity of vlogs and podcasts suggests that blogging is here to stay for the long haul. The channels or methods might change, but people will always write on topics they are passionate about and continue to share them with audiences.

6 comments on “The History Of Blogging – A Complete Chronology”